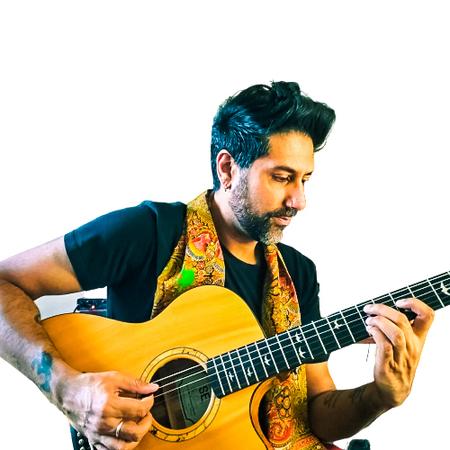 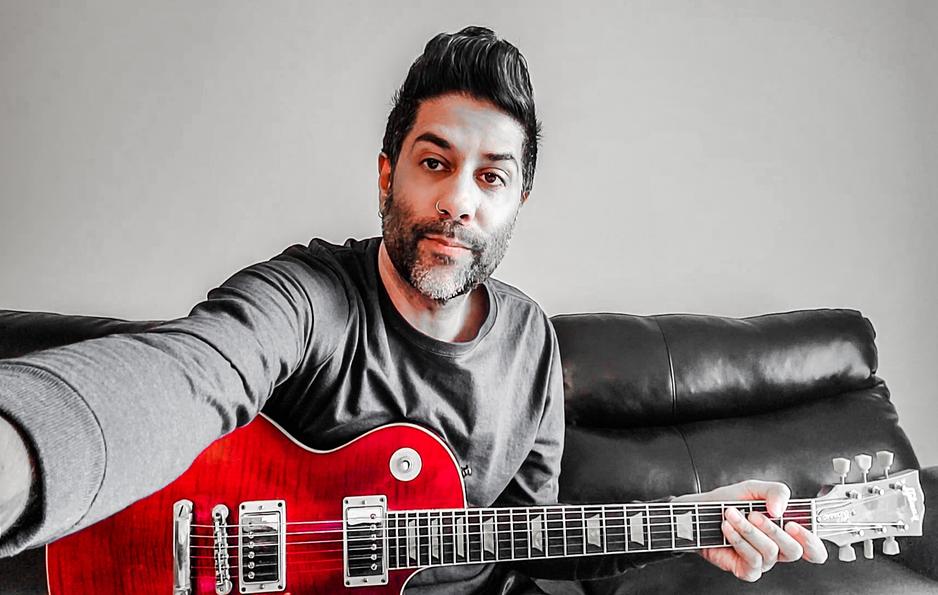 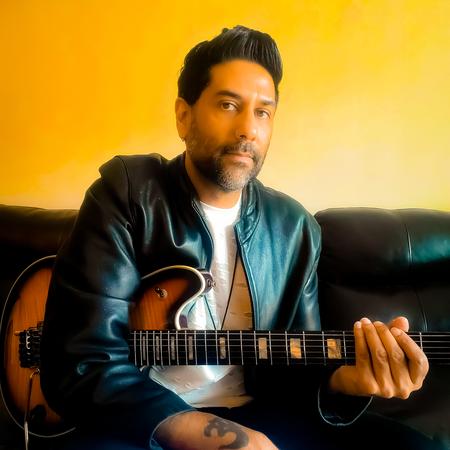 Gaurav was born into a musical family. His grandfather was a gold winning sitarist in the 1940's and actually  mentored Indian music legend, Ravi Shankar. Music was in his heart from the beginning as Gaurav was playing violin at age 8 and moved on to guitar by the time he was 10. After studying many styles of music with amazing teachers such as Flamenco guitar master Hernan Romero (Al Di Meola Band) and rock virtuoso Ed Fuhrman he started teaching and eventually taught Grammy award winner, Ms. Lauren Hill. He's even had the opportunity to score a few films and hopes to do more in the future. In 1999 Gaurav joined rock band EVE TO ADAM as lead guitarist and co-writer. During his time with the band they recorded 4 albums for major labels such as EMI, Fontana/Universal and Sony Red. ETA's 2013 release, "Locked & Loaded", was helmed by acclaimed producer Michael "Elvis" Baskette and featured songs co-written with Baskette as well as songwriters Dave Bassett and Shinedown bassist, Eric Bass.  The single "Immortal" ascended to #15 on the US Active Rock Charts in 2014 and was a mainstay on Sirius Radio for months. Over the years EVE TO ADAM have performed at venues ranging from large theaters to arenas while touring with bands like Halestorm, Theory of a Deadman, Escape the Fate, In This Moment, Creed, Chevelle and many others. They've also played one off shows with the likes of Aerosmith, Korn and 3 Doors Down as well as major festivals such as Rock on the Range, Rocklahoma and Carolina Rebellion. In September 2014 Gaurav left EVE TO ADAM to pursue live work, studio work and get back to his love of teaching. By the fall of 2015 Gaurav found himself longing for a change and relocated to Nashville, Tennessee. Since his move to Music City he's played with country artists Chuck Wicks, Brian Davis, Craig Wayne Boyd and Josh Gracin - he's even had the honor of performing at the legendary Grand Ole Opry. Gaurav also plays in hard rock band "Dixie Horsepower" and hopes to enter the world of Nashville session work in 2018 as well continue to perform all over the country. He's endorsed by companies such as EVH/Fender, Fractal, Morley and GHS.